This article in The Guardian is a good reminder how easily violence against women are ignored. Tributes to Maradonna are pouring in, but we are in denial about the fact that heroes – such as Maradona and Sean Connery – might also be abusers.

mint also posted several pictures of the famous footballer without noting that Maradonna has been credibly accused of domestic violence. Guardian: “In a video, first aired on an Argentine TV channel six years ago, it appears to show Maradona hitting his then girlfriend, a former professional football player called Rocio Oliva, who was three decades his junior. Unsteady on his feet, Maradona shouts at her and then appears to strike her twice. The slaps are clearly audible on the soundtrack, as is Oliva shouting at him in Spanish: “Stop, stop.”

Domestic abuse is routinely overlooked or rendered invisible, especially if the alleged perpetrator is an elite sportsman or famous actor. It is not as though these men are exceptions. There are a great many of them, and they aren’t defined by class, wealth or education. Abusers can be talented and attractive.

Domestic violence is an epidemic, and it won’t stop while it’s being airbrushed from fan sites and obituaries. We all have a responsibility in these matters – and it can’t be shrugged off because of someone’s talent.”

Please read the article by Joan Smith, journalist and chair of the mayor of London’s violence against women and girls board. 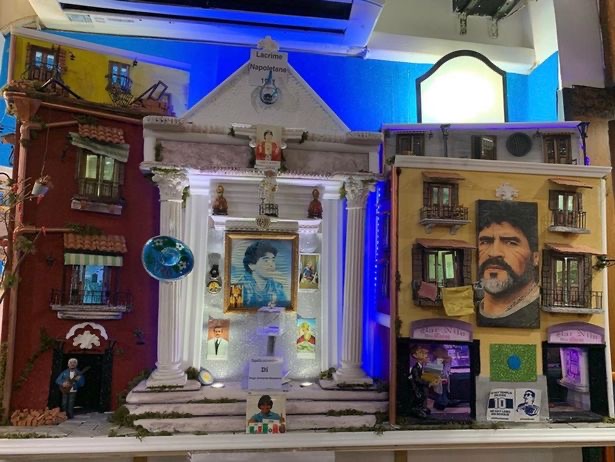