Because we were reading 1, we read 2 and 3 and watched four and read 5. Goldstein wrote The Attack Queers on Liberal Society and the Gay Right more than 20 years ago, and unfortunately, the book is still razor-sharp and spot on. We know we all would like to say the same about ourselves and our work, but alas. The book is a challenging and solid eye-opener and a reminder that gay lib is rooted in progressive and democratic left. “But in recent years, a more reactionary group of gay men and women has begun to make their mark. Though they are a minority in the queer community (which includes people of all races, classes, and genders) conservatives, have become the loudest voices in the mainstream media. With their withering contempt for feminism and radical politics, these ‘homocons’ are changing the movement’s public image. Unless their rise is met by a persuasive critique, they may also alter its heart and soul.”
Goldstein also interviewed James Baldwin in 1984. It is one of the very few interviews Baldwin did on homosexuality and beautiful and very insightful. Read it online: https://www.villagevoice.com/2018/06/22/james-baldwin-on-being-gay-in-america/ 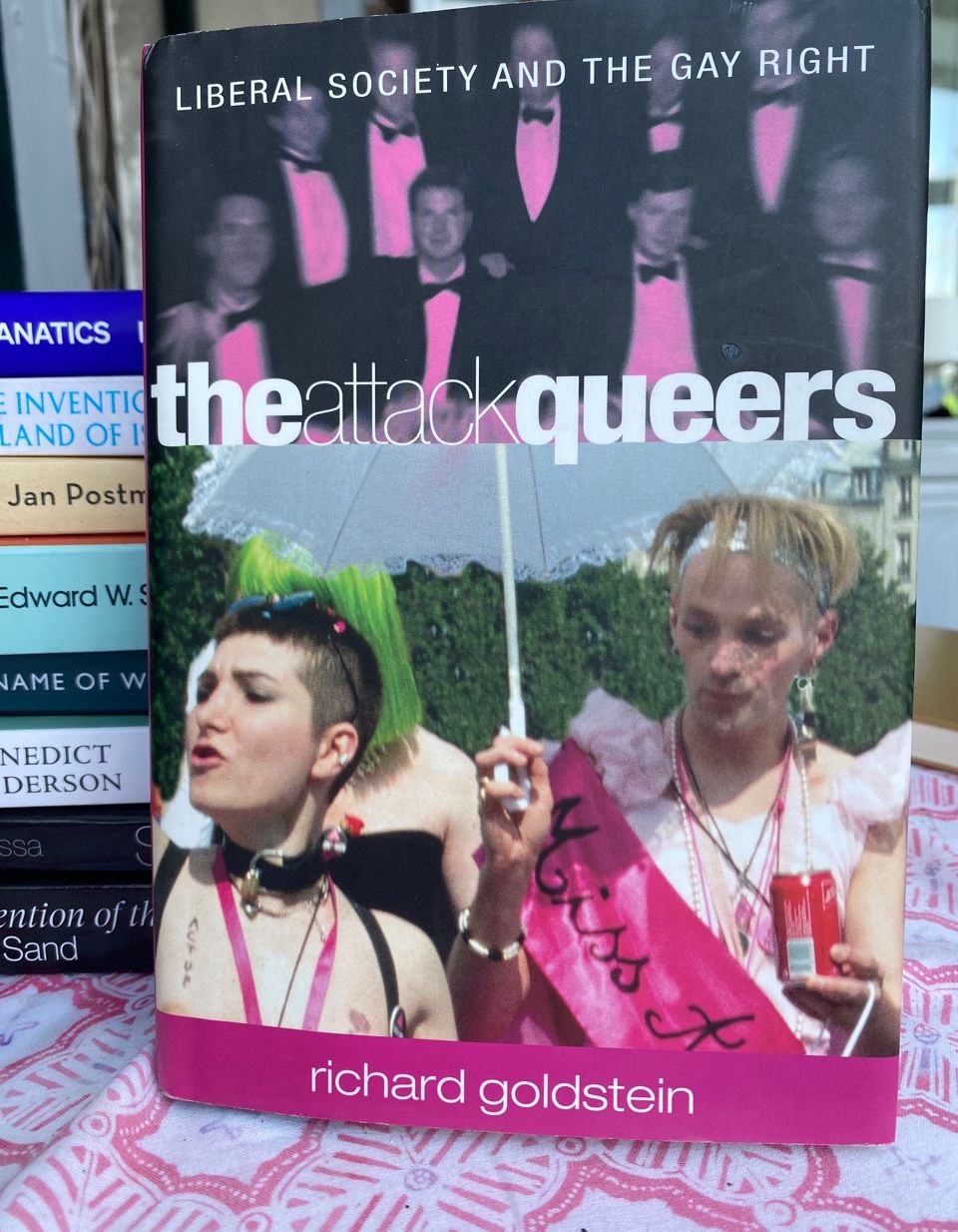 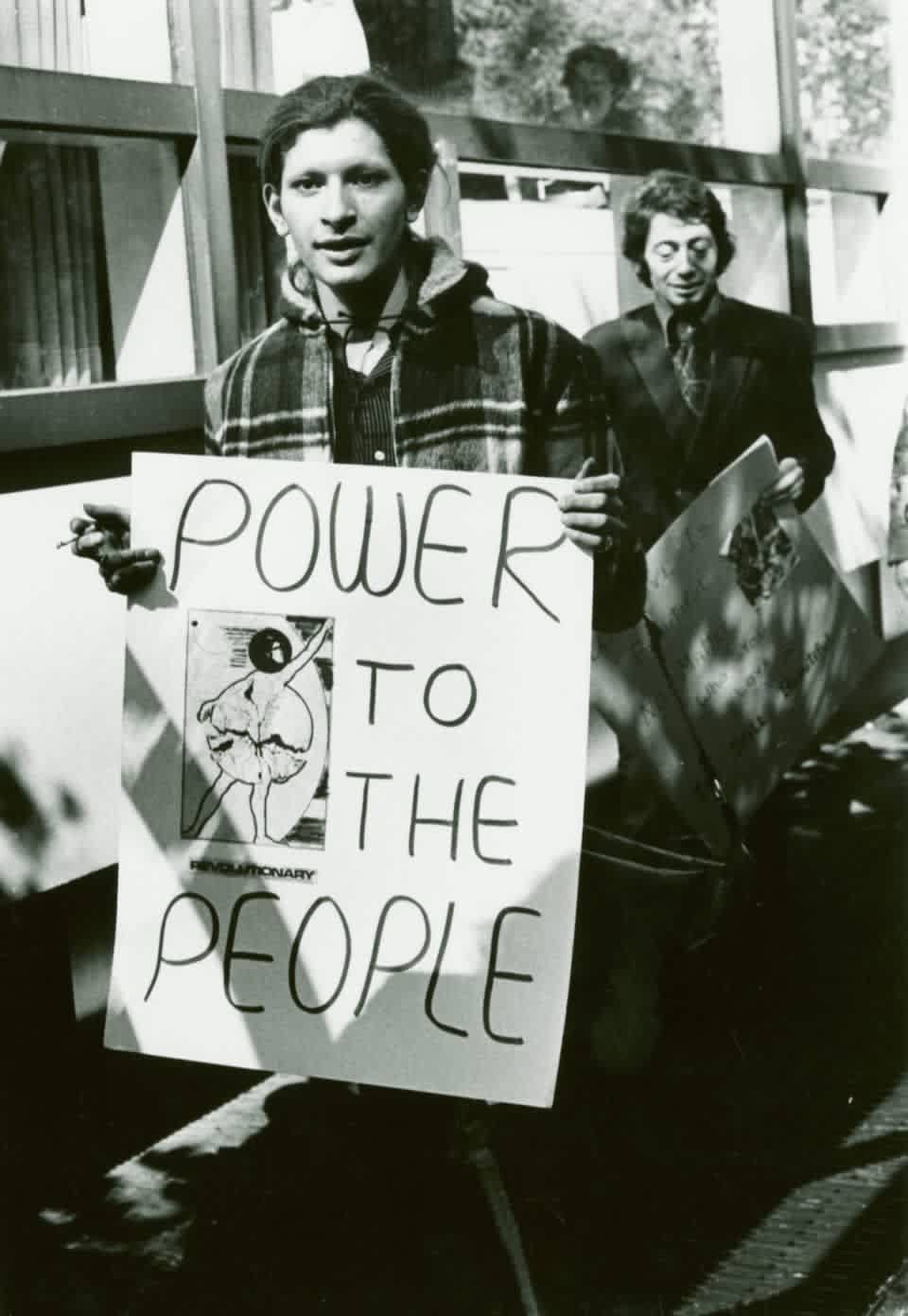 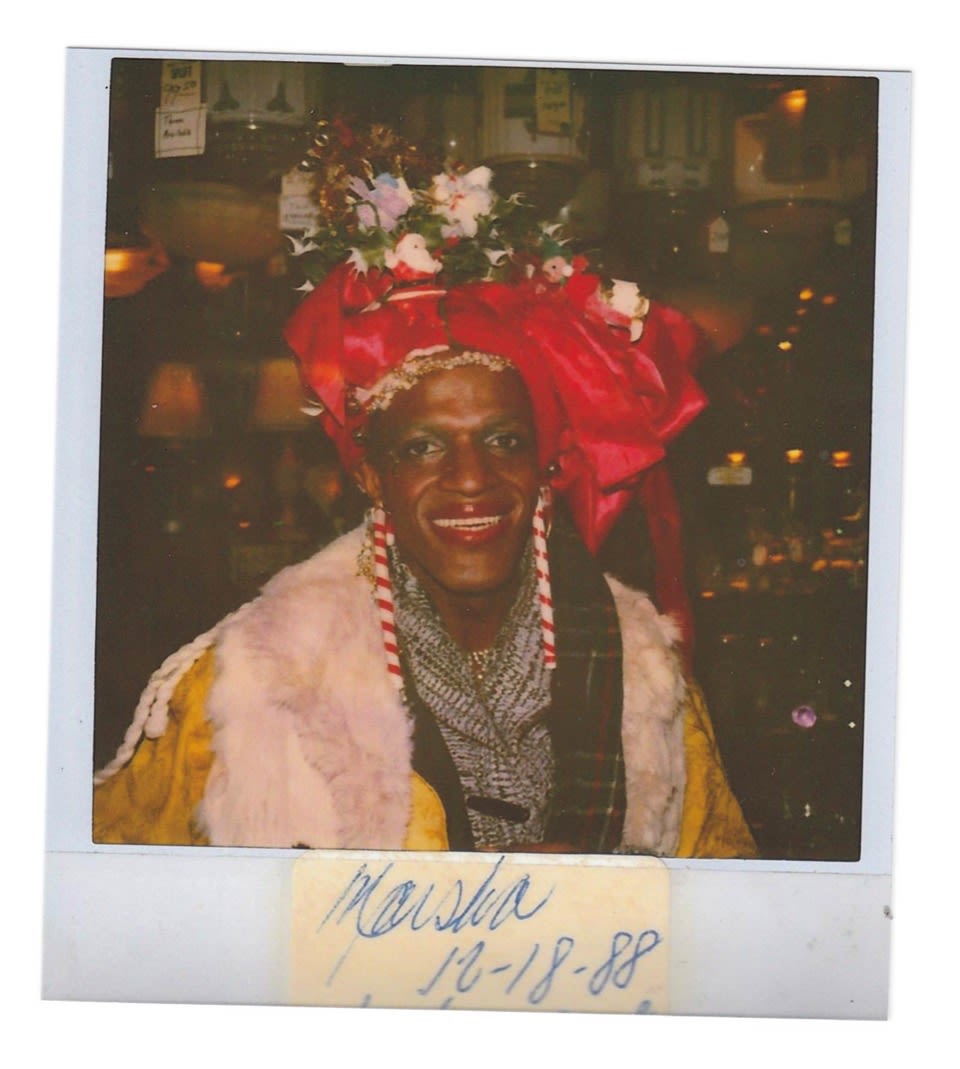 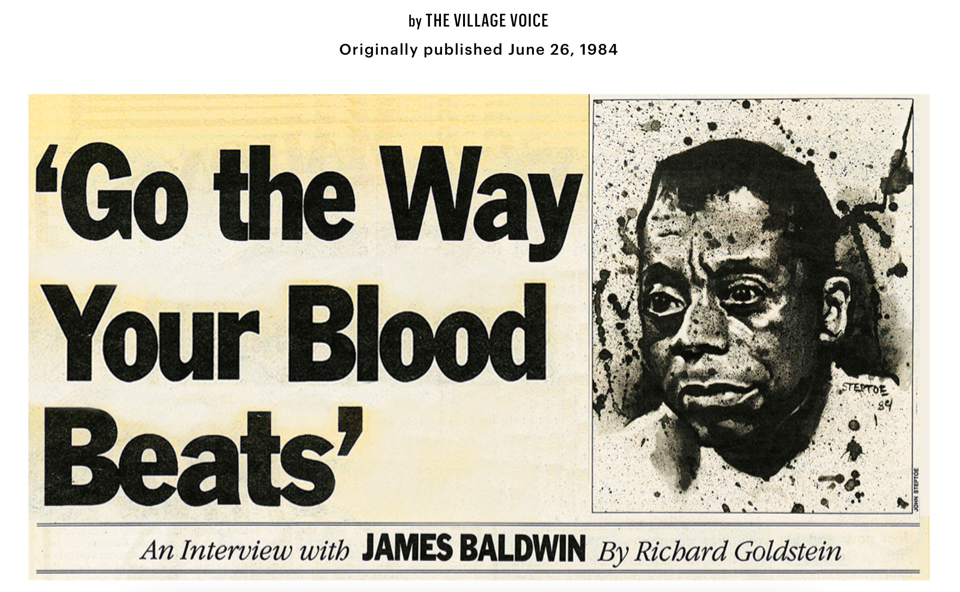 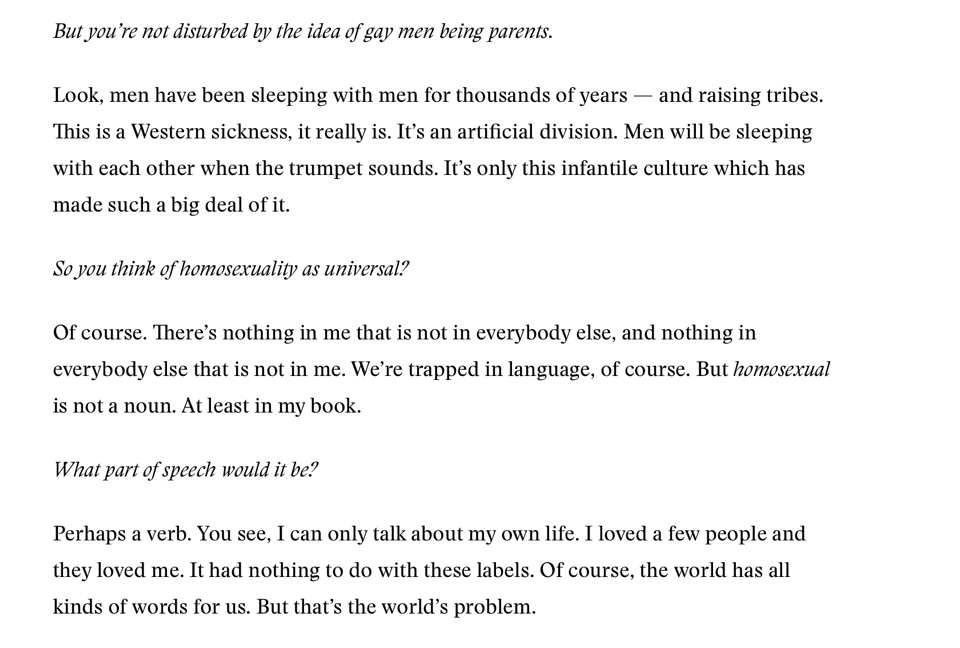