In the past 50 years, the Netherlands has shifted from a practical, pragmatic, but always very self-convinced and self-righteous, relatively liberal country to an overtly Islamophobic society where politicians openly speak about Muslims as cockroaches. The 28 seats for PVV, Forum voor de Democratie en Ja21 are comparable to the landslide victory of Lijst Pim Fortuyn in 2002 (26 for LPF and 2 for Leefbaar Nederland). Then Fortuyn, and as the producer of the 4-hour documentary Fortuyn: Un-Dutch we know, was seen as the gravest danger for Holland’s peace and political status quo. He embodied that dangerous and populist shift to the radical right. But, as Sheila Sitalsing wrote in De Volkskrant this Saturday: ‘Compared to extreme right parties as PVV, FvD, and Ja21, Fortuyn’s party program, ‘Zakelijk met een hart’, reads like a discussion paper from the lefty, liberal wing of VVD.’ This could well be true. But still, we should not forget that it was Fortuyn, much to the enthusiasm and relief of many voters left and right, who brought on an incomparable political shift to the right, a language change, and a compelling and robust appeal to tell it like it is. For all leaders of these radical right parties, Fortuyn is their lightning example. And of course, Fortuyn is not to blame for other people’s fantasies and inspiration, yet you can safely say there is a continuity we must not overlook. The shift to the radical right and the loss of a good and inspiring left has many causes. The overstated conviction that Hollanders can never be racist, homophobic, or un-emancipated being one of them. The fact is that Holland is a segregated country where the past 50 years, people have lived next to each other to make the other stay the other. Diversity in parliament is long, long overdue. mint, therefore, salutes Bouchallikht, we salute Sylvana Simons, we salute Sigrid Kaag. 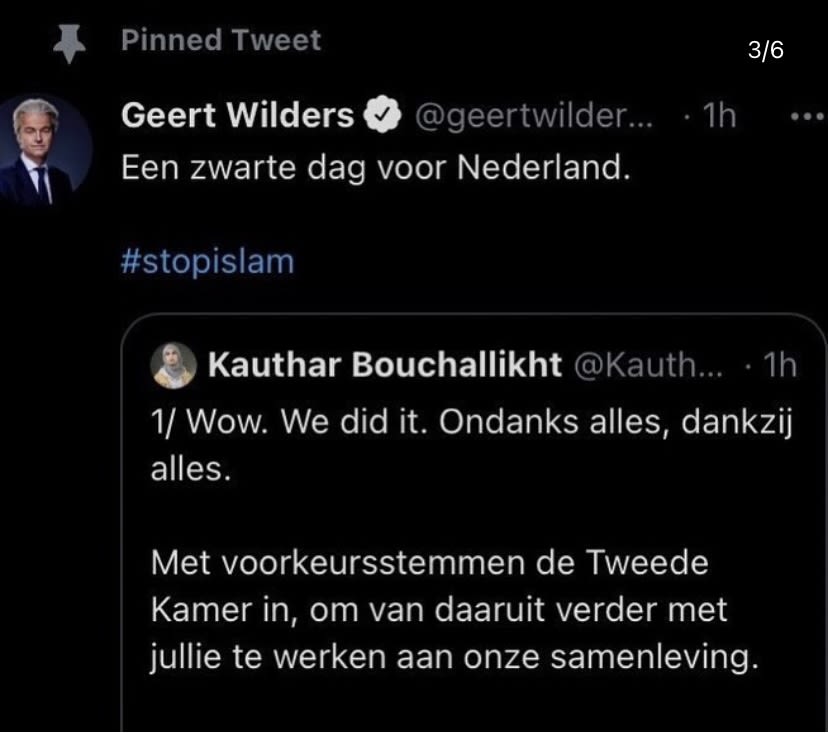