So there she is, elected by preferred votes, Kauthar Bouchallikht, and we salute her. More than 50 years after the first guest workers from Turkey and Marocco were brought to Holland, she is the first person with an Islamic headscarf in the Dutch parliament. And what exactly does it say that in 5 decades, we have not seen any women with headscarves in parliament, nor as television presenters (except when ethnicity was the subject), as actors (except as Moroccan mothers who speak Dutch badly or cleaners). What exactly does it say about us, about Holland? Whose multicultural drama is this? #HoopBovenHaat
picture: twitter Kauthar Bouchallikht 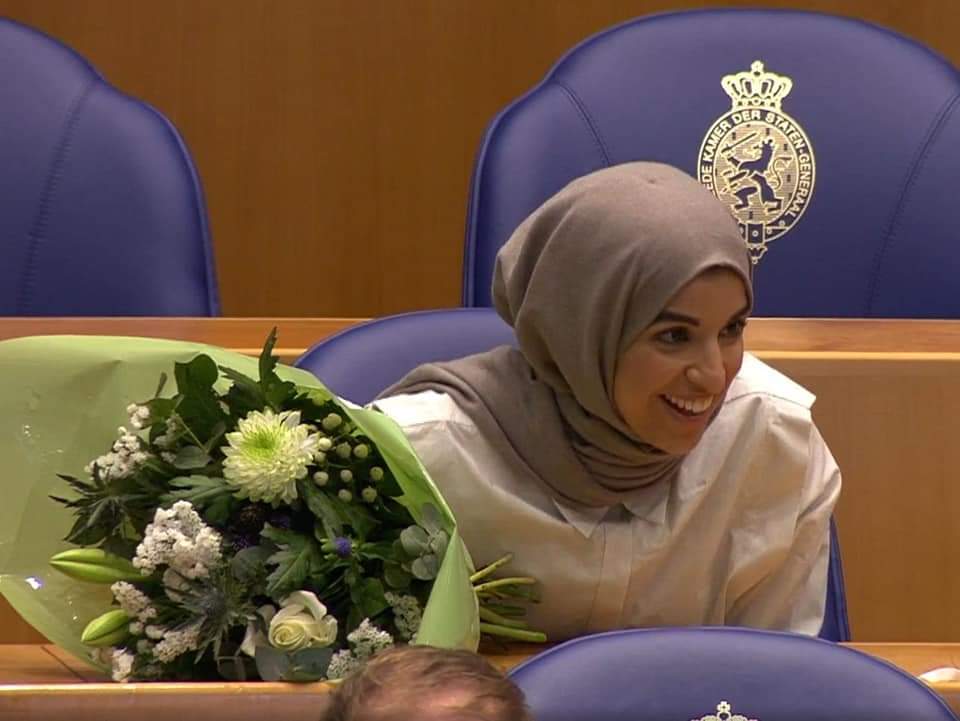